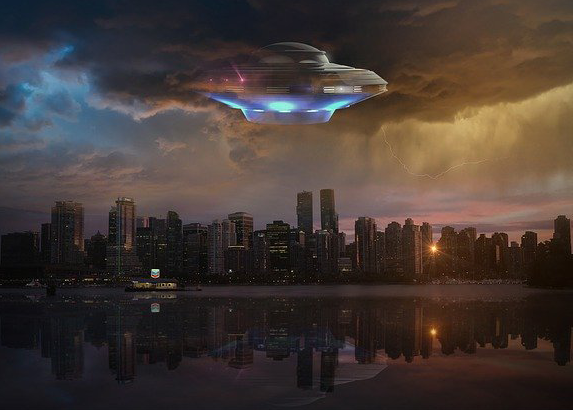 Do you believe in UFOs? Have you ever seen one or know of someone who thinks they have seen a UFO?

These simple questions raise a lot of answers.

Well, if you take it literally, the word UFO stands for “Unidentified Flying Object”. It does not refer to spaceships or flying saucers. So, yes, there could be an object in the sky that you can’t identify.

In fact, I heard from a friend recently who lives in Greece. Her family was on the balcony watching these white stars flying across the sky, one after another almost in a straight line. They were not shooting stars and they were not aircraft as there was no noise, and of course, with the Coronavirus, there wouldn’t be any planes in the sky. The family watched these strange lights for over ten minutes before they finally disappeared. It wasn’t until the following day, when the local discussion started on Facebook, that they found out the International Space Station had passed over Greece, and what they saw were many satellites.

Going back to UFO sightings; why are most sightings recorded in America? Do aliens think America is the capital of the world? I’m sure certain politicians like to think it is.

I’ve seen mysterious flashing lights in the sky, but haven’t thought twice about it. I like watching a good classic science-fiction movie such as John Carpenter’s The Thing and Ridley Scott’s Alien, and let’s not forget about the tear-jerker for kids, ET directed by Stephen Spielberg. Then you have the Star Wars franchise and Star Trek, and I cannot mention the award-winning movie, based on the book by Frank Herbert, Dune. So many amazing science-fiction books and films out there for us to devour.

But it still leaves the questions, Are we alone?

Well, we know from scientific proof that there is life on other planets. What do these life-forms look like? Green men, jellied blobs, Lizardmen? Who knows? I guess we have to leave that to the imagination of the writers and directors of movies and books. And who is to say that in another universe, a solar system there are life-forms just like us. A planet, just like Earth but with aliens – A Beta Earth.